The Jamaican National Council on Drug Abuse (NCDA) has been airing messages about under 18 drinking since the December 2012/January 2013 holiday period. So far I have only heard messages on various national radio stations and on the NCDA’s web site – click here to listen to the three radio spots. All three ads use music and lyrics reminiscent of Jamaica’s popular reggae/dancehall rhythms.

While the evaluation of the current “under 18 drinking” campaign has not been conducted as yet, the messaging strategy in Radio Jingle 3 was on target. It focused on alternative behaviours that individuals under 18 years of age could practice as opposed to the competing behaviour of drinking alcohol. This is in keeping with Kotler and Lee’s (2011) principle for social marketing success which encourages message designers to support and promote doable behaviours with significant potential impact. 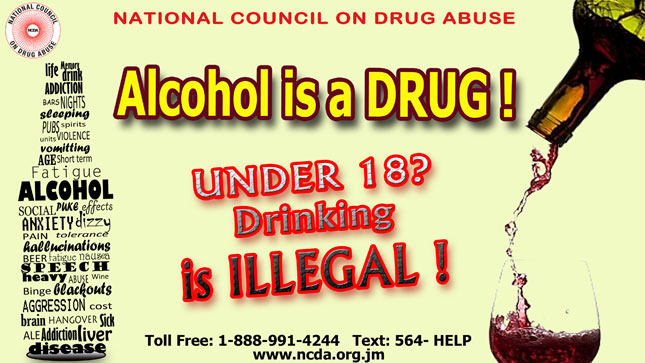 The issue of “under 18 drinking” has been discussed in the national media for some time now – as early as summer 2012 one could find newspaper articles about NCDA’s attempt to address the issue. There have been references to research done by the NCDA in the media as well, which no doubt has helped to inform the recent radio messages about under 18 drinking. Some results to note:

Some Jamaican media have labeled the behaviour with phrase “underage drinking” rather than “under 18 drinking” which has been used to label the recent campaign; the “under 18″ label specifies the age under which individuals should not be consuming alcohol. That’s Simple and good!

The NCDA is the Jamaican government agency charged with addressing matters relating to drug abuse. For now only radio ads are being disseminated. A print and televised version of the campaign should be out soon – in time for the next season of parties associated with Carnival usually held in March and April when it is likely that youth will be tempted to engage in the consumption of alcohol. I am looking forward to the other messaging formats promoting clear and specific behaviours as alternatives to drinking alcohol when you are under 18.

Congratulations to campaign designer Janet Morrison and her creative team as well as the NCDA staff who seem to be on the right track to promoting behaviour change regarding under 18 drinking.