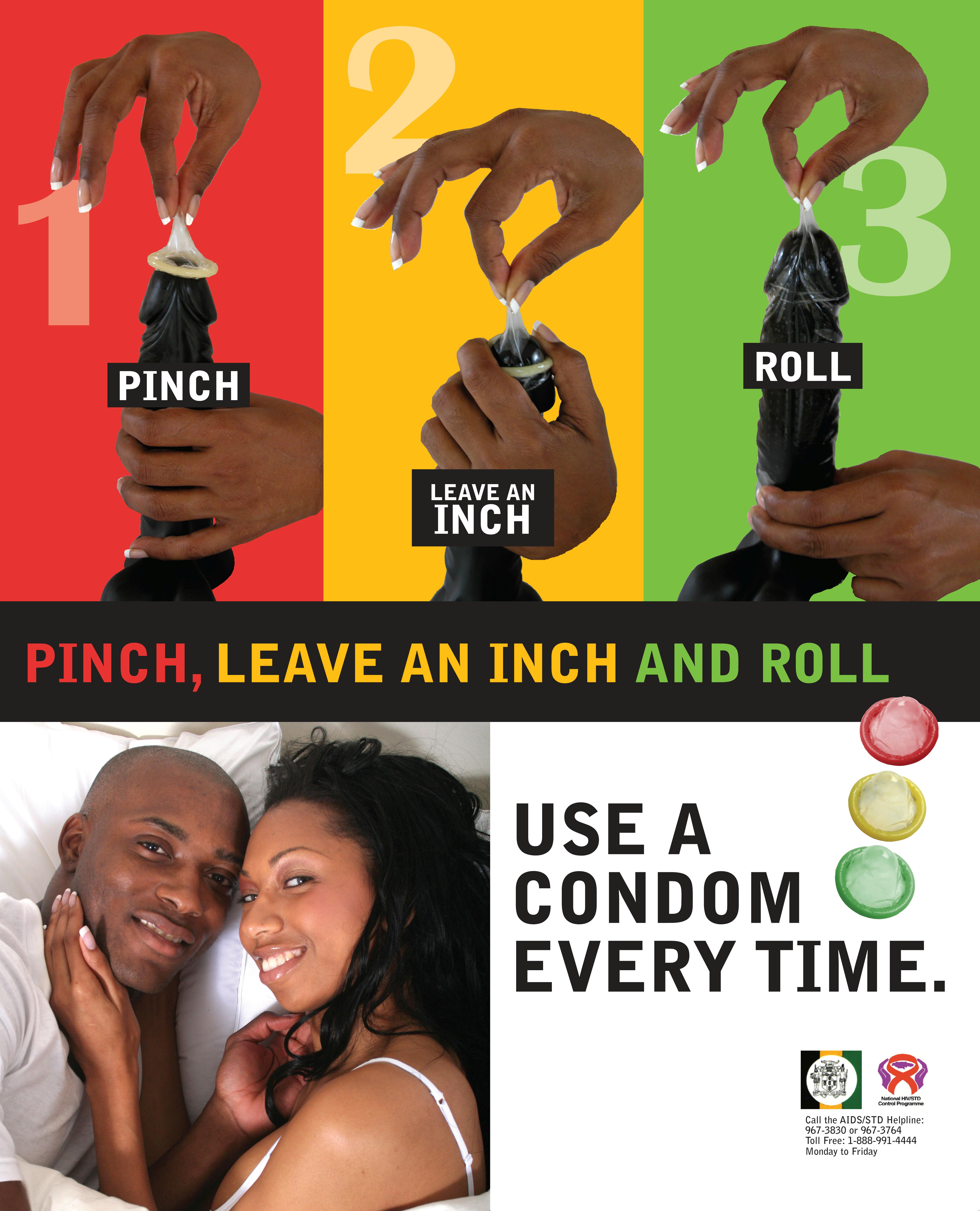 A poster used in the “Pinch Leave an Inch and Roll” campaign.

This poster was one of the message instruments used in the “Pinch, leave an inch and roll” campaign which promoted putting on a male condom properly.

The message is faulty and needs serious adjustment…[it] is undergirded by the belief that if our young people simply protected themselves while having sex, it would allow them to have a good quality of life and to be productive…

I personally do not care for the ‘advertisement’ and I agree with some of the other points made in her column….[but] When it comes to disease spread, we should be thankful for any product that assists in the reduction of transmission. The National HIV/STI Prevention and Control Programme (NHCP) should in haste respond to Mrs Tyson’s misleading statements to the nation.

The Ministry of Health’s campaign was spot on. Recognising that young people today are participating in activities like this, arming them with the correct information can only assist.

This advertisement is plugging a loophole in the condom strategy and should be commended for its noble goal.

Right now, condoms have a place, at least as an attempt in the war against the spread of some sexually transmitted disease.

We can treat symptoms of course by giving out condoms and teaching kids how to use them, but in the long run what kind of a society are we creating?

Inadvertently, singer Queen Ifrica (aka Ventrice Morgan) used the phrase in her song titled “No Bwoy” which was released in July 2009: (See 0:30 where chorus begins with My body is the temple of the Most High and leads to Pinch, leave an inch and roll away yourself)

Despite the controversy, the campaign’s strength was its message that was clearly focused on a specific behaviour. Behaviours such as condom use are complex and within communication frameworks, placing focus on specific actions can contribute to larger goals such as a reduction in HIV transmission rates.