The first time I saw Strappy, it was not clear to me what is represented. I was told that it was the mascot for the Tropical Storm Gustav Recovery Project implemented by Jamaica’s Office of Disaster Preparedness and Emergency Management (ODPEM) during 2009 to 2011. 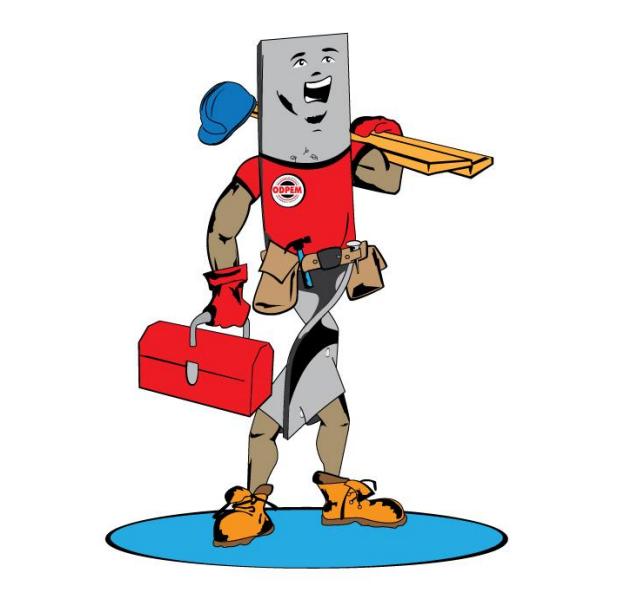 Strappy, the mascot from OPDEM

One of the purposes of this campaign was to encourage persons living in the eastern side of Jamaica to engage is safer building practices in order to secure roofs during various natural hazards. Messages were disseminated using billboards and the traditional media platforms of radio, television and newspapers – details regarding how these message instruments were used can be found in the campaign’s publicity report.

The campaign also included a jingle Water come inna mi roof based on Lovindeer’s song “Wild Gilbert” which was produced shortly after the passage of hurricane Gilbert in 1988. Additional messages encouraged target audiences to make your roof hurricane proof. 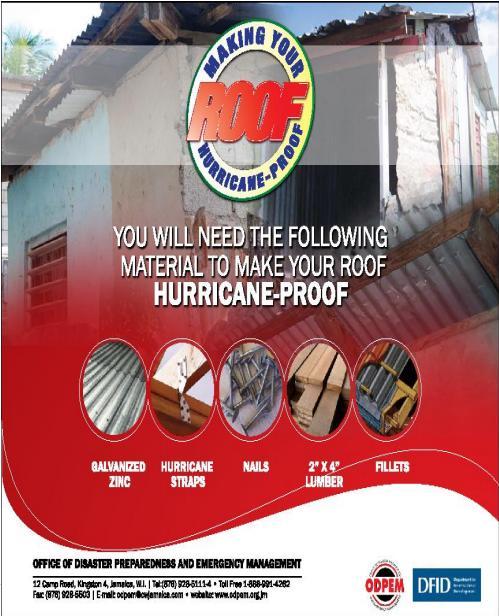 On ODPEM’s Youtube channel, several videos demonstrating how to make your roof hurricane proof have been archived.

Strappy was first introduced at the launch of Hurricane Preparedness Month on April 28, 2010. The mascot has been spotted on billboards even after the end of the Tropical Storm Gustav Recovery Project. It has also been present as cover photos on ODPEM’s Facebook page Thankfully there is a page on the ODPEM’s website which explains what Strappy is all about. It is here that we learn that Strappy is ODPEM’s “friendly hurricane strap mascot. Strappy represents a hurricane strap.

Mascots are memorable, easily identified symbols based on a person, object or thing. They are used in campaigns to help target audiences to not only identify and understand but also remember important elements of the campaign. Ira Kalb has described how mascots work and how to pick a memorable one.

At first glance, it is a bit difficult to recognize that Strappy is actually a hurricane strap, especially when you see only the image and do not know its name. Calling the mascot “Strappy” was a good move as this gives us a hint at what the mascot could represent. It is a good thing that when Strappy is mentioned on the ODPEM’s website, it is followed by the phrase, “the hurricane strap mascot”.

Ultimately, Strappy’s success will become evident when more Jamaicans use hurricane straps to ensure that their roofs are resistant to wind damage. Whether you know what it represents or not, heed its warning to “strap dem (i.e. your roof) down!”